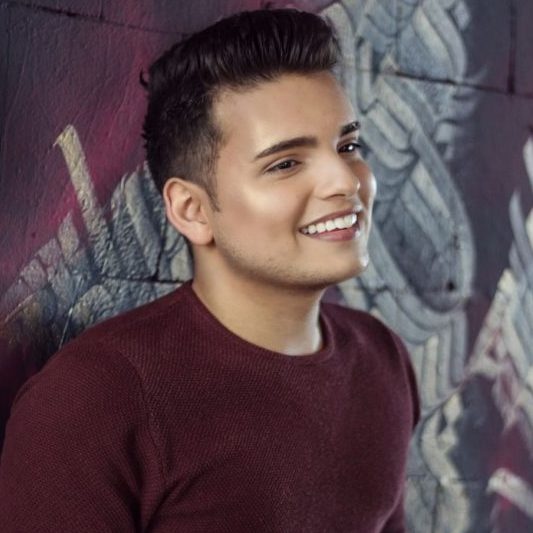 “Be out there. Celebrate yourself. Be visible.” – Interview with Samet Akti

At only 22 years old, he is a TOP 10 Finalist of the RAHM LGBTI Leadership Contest 2017. We interviewed Samet Akti about LGBTI Leadership, his experience at RAHM 2017 and so much more.

“Be out there. Celebrate yourself. Be visible.”

Theo, Project Leader at RAHM : Hello Samet, you are the youngest RAHM challenger and after 4 selection rounds, you ended up in the TOP 10 of RAHM 2017 – The World’s First LGBTI Leadership Contest. The 100 RAHM finalists and 20 jury members were convinced by your presentation. You must have figured it out. 🙂  So what do you think is the recipe for being a great (LGBTI) Leader?

Samet: Hi, I can say that we need leaders in this world. People who have visions, give freedom to work independently, inspire others and who challenge the status quo – this way shaping the future proactively, not reactively. Becoming a leader requires awareness of your personality, from strengths to areas of improvement. Only then is leadership authentic and responsible. Earn your respect by the work that you do, not by being intimidating. I look up to leaders who are approachable, transparent and who also support younger generations in their professional career, e.g. by mentoring.

At RAHM, everyone of us has found their own path in their professional and personal lives. However, they all have one thing in common: They are successful in what they do. They are LGBT. And they wish to encourage young people to do things in their own way. A great LGBT leader, in my mind, owns is identity: Be out there. Celebrate yourself. Be visible, because it is the same system that is homophobic that also justifies police brutality, racism, and discrimination. If we assimilate, young LGBT people will never feel comfortable in how they stick out in our heteronormative society.

Theo: When people hear the word „contest“, they have different ideas in their heads. Can you tell people more about your experience at RAHM?

Samet:  I was the youngest participant, so I was a bit intimidated initially. But once I started talking to people, I realized that there was absolutely no need to be worried. Leadership is not solely executed by Head Ofs in a business. We had leaders throughout the entire hierarchy and from all backgrounds – students, directors, refugees, etc. – showing once again how diverse the LGBT community is within itself.

Besides the official part, you got to know everybody in the most light-hearted setting. RAHM also binds together the participants over the long-term through alumni activities. Just a few weeks ago we had dinner together. I have made many new friends all around the globe. It still gives me goosebumps, thinking back.

I specifically encourage younger people to apply for RAHM. It gives LGBT talents the opportunity to enter the dialog with major executives on an equal footing and expands your network.

Theo: The people at RAHM believe that you have great leadership potential. So where would you like to lead us in the next years?

Samet:  As a student, good grades and working experience are an essential part of my career, which is something RAHM appreciates. But: “Being” RAHM – the best part of milk – is all good and great. However, we should pay attention that we do not generate more competition among ourselves than we generate companionship and inspiration. To this day, the suicide rate among LGBT youth is alarmingly high. We need to support our community and serve as role models. Make RAHM a platform for inspiring LGBT leaders that especially young people, who are still insecure about their identity, can look up to – something I did not have.

Theo: Last question but not least, let’s play a little game. You are the special consultant of Angela Merkel, chancellor of Germany. She is asking you to write her one punchline about LGBTI inclusion for her next speech in front of the new German Bundestag (German parliament house). What do you suggest her?

Apply now for the next Contest in London 2018 (english speaking contest) HERE.