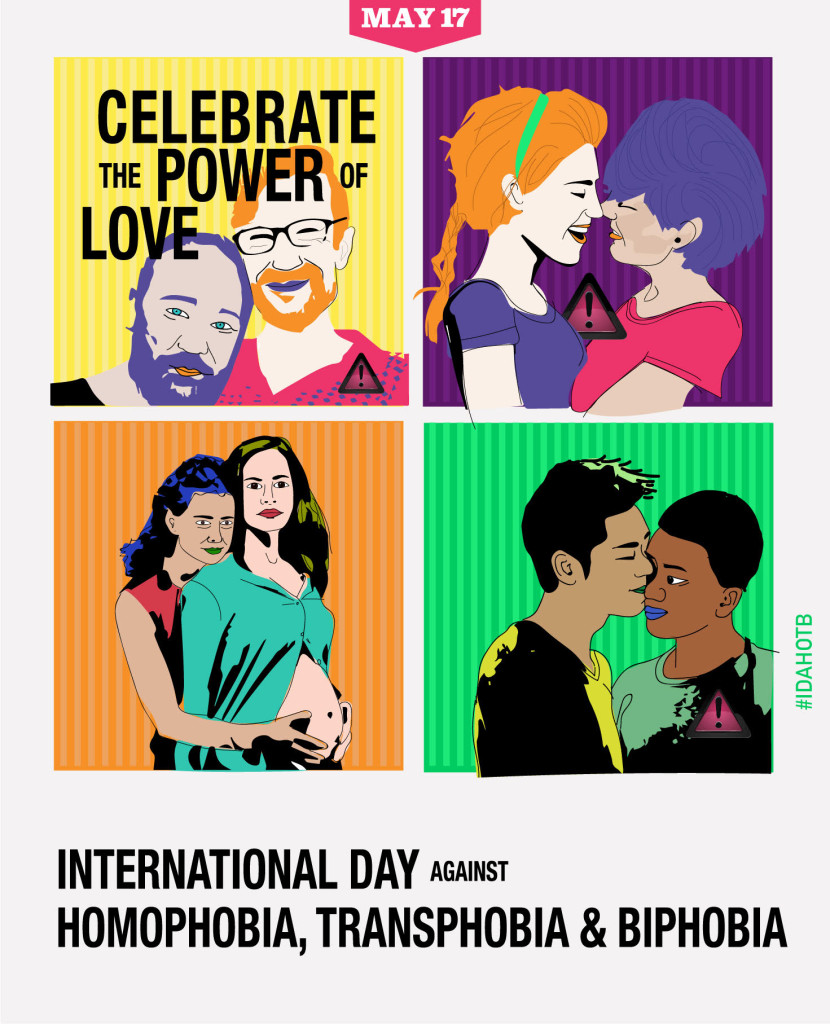 RAHM x IDAHOTB 2018 – Some leaders are born homosexual, transgender, bisexual, intersex, … Let’s get used to it!

Some leaders are born homosexual, transgender, bisexual, intersex, … Let’s get used to it!

The IDAHOT Day represents an annual landmark to draw the attention of decision makers, the media, the public, opinion leaders and local authorities to the alarming situation faced by lesbian, gay, bisexuals, transgender and intersex people and all those who do not conform to majority sexual and gender norms.

5 billion people, that is 70% of the world population live under laws and regulations that limit freedom of expression around sexual orientation and gender identity.

The date of May 17th was specifically chosen to commemorate the World Health Organization’s decision in 1990 to declassify homosexuality as a mental disorder. This years theme for #IDAHOTB is ALLIANCES for SOLIDARITY

At RAHM, we believe that being able to rely on your solitary professional and personal network is a key component to achieve success in the workplace and to tackle all forms of Homophobia, Transphobia & Biphobia. Also important is the visibility of members of the LGBTI Community in leadership positions and a clear message of inclusivity from our allies as positive role models within the community.

This is why we created RAHM – The Global LGBT Leadership Contest & Community.

RAHM is a two-day highly interactive event for all young trans, lesbians, bi, gay and others with leadership talents, from students to top executives, consisting of innovative leadership challenges, extensive networking rounds, inspiring leadership talks, F2F with recruiters, a night and a Pride to remember, incredible prizes to win, and so much more.

The RAHM Community (more than 300 members) is full of resources and helps you to increase your social impact and contribute to unite people from all kinds of backgrounds against Homophobia, Transphobia, Biphobia and all other forms of discrimination.

Send us your CV now to be able to join us for our upcoming London (6th of July 2018) and Berlin (27th of July 2018) events, the deadline is in a few days, so don ́t miss out on a chance to be part of this year ́s contest and to enter in the RAHM Community.

Apply now for the next Contest in London 2018 (english speaking contest) HERE.