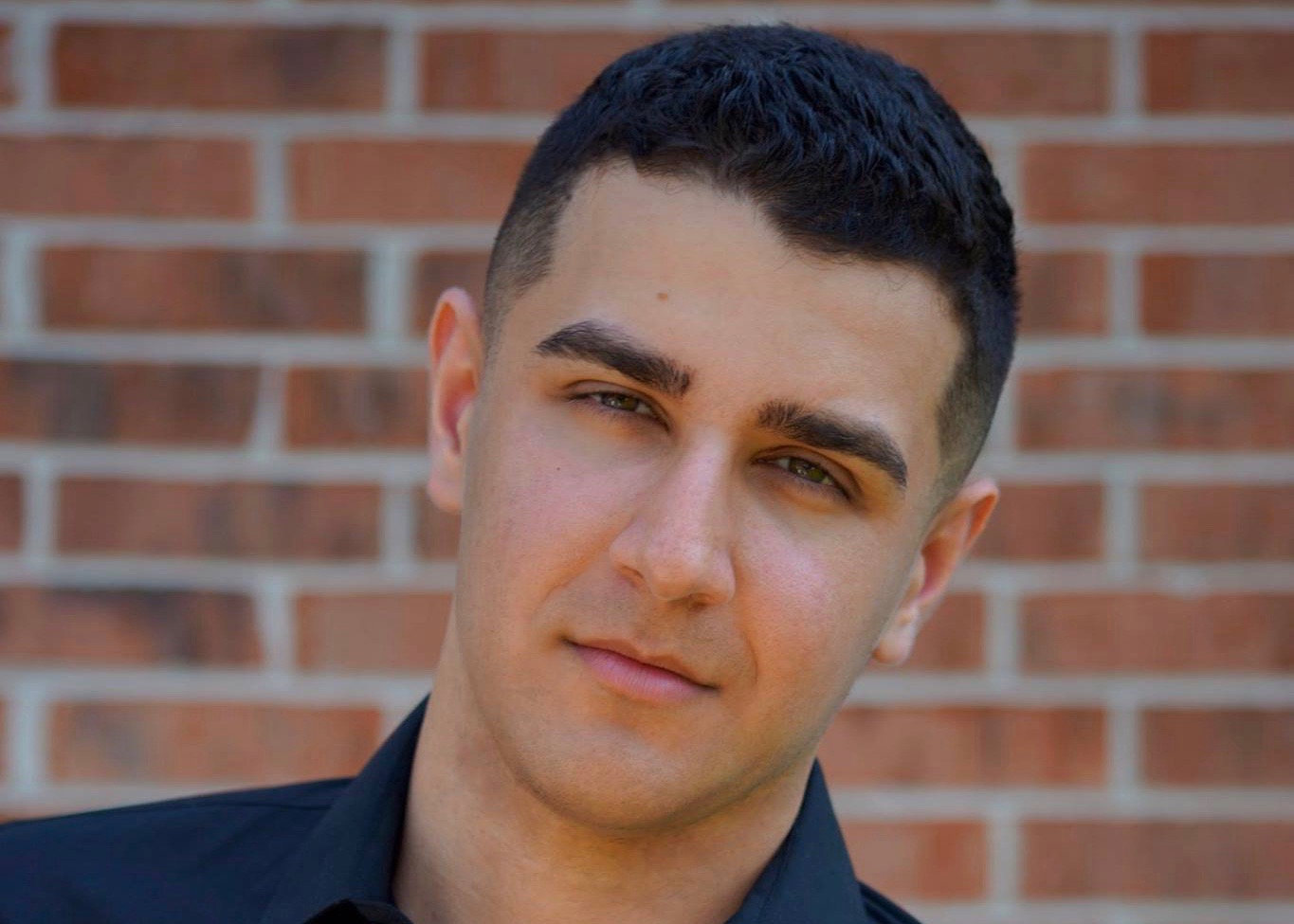 “I felt a flood of acceptance and support from the community, which is something I never experienced because I have isolated myself for so long.” – interview with Salar Shoaiby

Salar Shoiby has joined us for the RAHM Contest 2019 in Toronto and went home as the winner. In this open and honest interview he talks about his emotions during the Contest and about the challenges he faced while being part of two seemingly conflicting communities.

Salar Shoaiby is currently an MBA Candidate at McMaster University’s DeGroote School of Business, where he sits as the Vice President of Marketing and Communication for DeGroote’s Women in Management Association. Born in UAE to Iranian parents, Salar immigrated to Canada at a young age. As an immigrant and openly gay male, Salar is passionate about intersectional inclusivity in the workplaces. As of September 2019, Salar will be on Co-Op term working with LoyaltyOne as a Business/ Marketing Analyst.

Katrine: Salar, you have won the RAHM Contest Toronto Edition, congratulations! When that was announced, you were very overwhelmed with emotions and it obviously meant a lot to you. Can you tell us why?

Salar: Thank You, Katrine!  Participating in RAHM Toronto was one of my most ‘visible’ acts as a member of the LGBTQ+ community. Living openly as a gay man has been a challenging process, to say the least. For the longest time, I thought I could hide a part of my identity-not because I wanted to- but because I felt that in doing so, I was protecting myself. I’ve reflected a lot about why I was so emotional when it was announced that I had won the contest. I think at that moment; I felt a flood of acceptance and support from the community, which is something I never experienced because I have isolated myself for so long. Shame is a heavy thing to carry with you, and it can be exhausting living with it for so long.
I think having spent that weekend with such talented and kind LGBTQ+ members; I felt a level of closeness I did not expect to feel. I couldn’t articulate it at the time, but I think one of the reasons I was so emotional was because subconsciously I felt so welcomed. It was a lot to process, but I am humbled beyond words by the experience.

The only way we can create these support systems is to develop an environment that is intersectional and welcoming of the diversity that encompasses our community.

Something I’ve had difficulty with is conflating identities that have, at times, felt conflicting. It can be challenging to find a space within either of these communities that I identify with because there is rarely space given to those who are considered an “other”. From my experience, I know that one of the biggest challenges surrounding the LGBT existence is the development of spaces where we can thrive as a community. A lot of us are born into families were acceptance and love are conditional, so unfairly, we must find our own support systems. The only way we can create these support systems is to develop an environment that is intersectional and welcoming of the diversity that encompasses our community.

At the moment, you live in Toronto which is often crowned as the most diverse city in the world, and the topics of sexual diversity, acceptance and equality are very common and present in the society. Taking that into consideration, in your opinion, what are the major business-and-society-related issues that still need to be overcome in Canada regarding LGBT+?

I am fortunate to live in a country, that has historically, been accepting of my identity. That being said, there is tremendous opportunity to improve the way we approach LGBTQ+ outreach. I find that a lot of business/ societal programs that focus on inclusivity look at equity through a westernized lens. Scholastic and professional opportunities centered around LGBTQ+ inclusivity tend to forget that many people that identify as queer aren’t yet comfortable being “out-ed” publicly. These opportunities aren’t accessible to many people who come from homophobic households or are not ready to have their sexual/ personal identities made public. I think broadening our approach to inclusivity and rethinking the way we develop our diversity programs is our next step as a community.

Hearing all the incredible stories from the different participants, I’ve learned how powerful it can be to share your narrative.

How do you think the RAHM Contest is going to impact your personal and professional life? What are your biggest takings from this experience?

Professionally speaking, I have met with many business leaders and have had the opportunity to network with recruiters from different organizations. I have made connections that I would have otherwise never been able to make, and I am grateful to both RAHM and RBC for hosting such an important event. However, I think the most significant impact the RAHM Contest has had on me is personal. Hearing all the incredible stories from the different participants, I’ve learned how powerful it can be to share your narrative. I also had the opportunity to walk with RBC during the Pride Parade. I had never been to a Pride Parade before, let alone walk in one, and seeing the overwhelming encouragement the community received was- as cliché as this might sound- life-changing. Moving forward in my career, I hope to continue this level of transparency and honesty, as I believe those or critical components to authentic leadership.

Join our RAHM Community or apply for the RAHM Contest 2020:  To the application form!