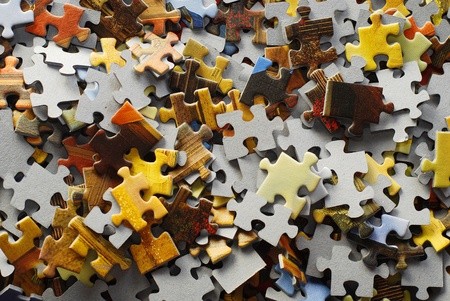 I know the headline is potentially triggering. Let me explain.

First, let me say that I am an advocate and in full support of Diversity, Equality, Inclusion, and Belonging in the workplace and in society — as a rule, and a right.

So, let’s get back to the headline: “I don’t get this DE&I stuff.” This was a comment said to me during a discussion with a mentee (let’s call him “Mark”) — which unexpectedly caught me off guard. Mark’s a Millennial and I didn’t expect that reaction. Aren’t Millennials enlightened about that stuff, I wondered?

Nevertheless, at that moment, I made a choice. I did something I work diligently not to do when mentoring — I shared some of the details of my personal story. It’s a policy of mine not to influence conversations with my own experiences. However, this time I felt it was necessary to provide personal context and perspective in order to bring an understanding of what Diversity, Equality, Inclusion, and Belonging are and why they are essential.

As a frame of reference, I’ve known Mark for several years, and he is the statistical embodiment of someone who grew up in upper-middle-class society. Mark is well educated, intelligent, knowledgeable, a hard worker, and an all-around very good person. We operate from a position of mutual respect, intellectual discovery, and friendship. Mark is aware that my being part of the LGBTQ+ community is something I neither hide nor flash around. Moreover, Mark gets that it does not intrinsically define me — it’s just one attribute of who I am. Also, he appreciates that it has no influence on my professional competencies, capabilities, or skills. However, it has shaped who I am because of being who I am. Paradoxical, huh? (But that’s a different conversation.)

So, stepping back to our conversation: When Mark said, “I don’t get this DE&I stuff,” the best way I could think of to get my point across was by posing questions to illustrate the wide gullies in our experiences.

1.    Has your father disowned you for being who you are?

2.    Has your grandfather attempted to inflict mortal injury on you for being who you are?

3.    Have you ever been beaten and bloodied for being who you are?

4.    Have you ever been legally taken advantage of because of who you are?

5.    Have you ever been discriminated against for being who you are?

6.    Have you ever been denied service because of who you are?

7.    Have you ever been intentionally overlooked because you are who you are?

As you might suspect, Mark’s response was a confident “no” to each of my questions, which is a very good thing indeed. Yet my own “yes” replies were all met with Mark’s deafening silence. After my final question was followed by a few moments of pause, Mark stated, “I had no idea.”

From that moment, the conversation matured into a candid and transparent discussion about the differences in people and how none of them matter. Together, we postulated that the only thing that matters is how you, as a human being, contribute to the betterment of humanity.

We discussed DEI&B in the workplace, affirming that DEI&B is not about race, gender, religion, sexual orientation, gender identity, language, origin, or other human attributes. It is not about just ticking a box. It is the ideology of acceptance and inclusivity where an individual can be themselves and flourish without the fear of “otherness.”

We agreed that an organization bears the responsibility of hiring an entire person and not a label or single attribute. A company that embodies DEI&B, in addition to focusing on candidates’ capabilities, competencies, and skills, should actively welcome the diversity of a variety of individuals.

A humanly diversified company offers a broader pool of ideas and skills to draw upon. Their variety strengthens the organization through better decisioning and problem-solving due to a wider lens, a more robust and resilient culture, greater productivity and efficiency, more significant opportunities for team members, and improved retention because individuals feel accepted and valued.

Moreover, we reasoned that a company of “sameness” — in which everybody essentially has similar backgrounds and experiences — does not possess the power of a diverse one in its ability to reach a wider audience of customers or clients. We agreed this power is built by the breadth of experience possessed by a diverse collective of contributors, allowing them to understand and appeal to a diverse and mutable clientele.

Summing up, Mark and I agreed that DEI&B can be very complex and rife with uncertainty. However, the promise of creating a diverse, equitable, inclusive, and encompassing/ belonging work environment is well worth the risk, for both the team members and the organization. 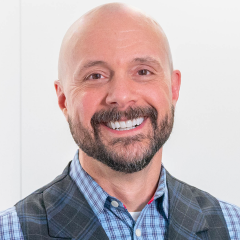 Rodney Sharples is a member of the RAHM Leadership Council. Working as a Chief Operating Officer in Charlotte (US), he is a dedicated advocate for DE&I.