The “Magic” – It’s All About Personality, True Belief And Celebration

By Annemieke Hartman Jemmett, Co-Chair of the RAHM Leadership Council.

Creating winning teams is even more important now than ever before. Events over the past weeks, in both my business and personal life, have caused me to reflect on delivering success and further explore the credentials of winning teams and great leaders. Throughout my career, I have worked with many different people, and in preparing for this article, I wondered if there is some “magic’ that happens in high-performing teams.

Today, there is much more talk about role models and their importance. It is good to see that we see much more diversity presented in role models. Everybody growing up should be able to see themselves represented. There is more work to do here. To date there is a good focus on economics and success is frequently only described by financial gain. It will be good to see further prominence in broader social settings for example Sustainability, Innovation, and Women, and girls in STEM to name a few examples. There are real opportunities here. Role models are to be found right across teams, team members and leaders.

If you are different, you will stand out from the crowd. Many executives have translated this to the following shorthand: “we must fit in” to achieve maximum success. Often this results in communication that is not authentic and in frequent cases not genuine; these executives are often in their roles for short periods as they present individualistic “me-driven” behaviours – they focus on rising above the team and its goals.

Those executives that are authentic, are driven by true beliefs. With the belief that they are “doing the right thing” and “right by” the team, they deliver long-term success. They have the ability to focus on the short and the long term. These are the people that you want to attract and retain for the full journey. Incidentally, they will also be the easiest to manage if the top teams are authentic in their overall management.

Here you will also see the impact of culture. For instance, the education and social systems in the Nordics, The Netherlands and other parts of Europe are focussed on highly collaborative systems. People from these countries are used to comprehensively resourced social support systems. Collaboration is at the core of these developed societies, with everyone looking after one another. Through collaboration, in both the short and long term, great success is achieved.

In other countries, USA and UK to name 2 examples, the system is much more designed to “look after self” an individualistic approach. This system is not designed to favour high levels of collaboration for long-term success. Collaboration here is successful during short periods of focussed effort.

It is interesting to see, as an example, that the Dutch Football Manager Sarina Wiegman does this naturally, in my opinion, this is a critical element to her achievement; most recently with the English Women’s Football Team.

As a leader, great listening skills will put you ahead! People love to share, in both positive and negative ways. Being able to pick up on true feelings, allows you as the leader to take everybody’s point of view into consideration and create something that the whole team can “get behind”; delivering the goals more quickly and effectively. And likely in the process creating the infrastructure for long-term success.

Those leaders that are able to communicate with clarity, will see the team come together. Clear communication and understanding of roles will maximise the focus and support of each other. At the same time, it is important to communicate the shared goals, to make sure that each and every member of the team is pulling in the same direction, within their area of expertise and given role.

Somehow employers today, are of the opinion that talent needs to arrive “ready-made”. Is it one of the reasons that transferable skills are often not examined, considered, or valued when looking to select new members for a team?

Are we selecting new team members simply because they have operated in the same role in the same industry for a number of years. Alternatively, should we challenge ourselves more, and instead assess their total skill set without prejudgement? After all, Steve Jobs knew nothing about building computers but he is now recognized as a pioneer of the personal computing revolution.

Investing in the team will pay off, and this is much broader than facilitating training, This also includes, mentoring, coaching and most importantly the leader instilling the belief in each and every member of the team. We are stronger together than we are as individuals.

There is never one size fits all. The days are also long gone when we can set out a strategy that will deliver us the success that we anticipate in 3 or 5 years. Periods of reflection are key to keep reinventing the team, the focus, the positioning, and the offering in line with the fast-changing world around us. Constant analysis, repositioning, communication and re-alignment [now described as pivoting] are key to success today and in the future.

Here I will move away from the obvious, I am assuming that the leader is committed to the agreed and communicated goals and objectives. The question to ask is are they prepared to be accountable on behalf of the full team? Does the team “feel safe”, and does the leader take accountability at all times when representing the group [team]? This behavior is critical to maximising team cohesion. Often, right here it falls apart.

A leader needs to be a facilitator of the talent that is represented in the group. This is a critically important role; the leader needs to know this. Prima donna’s behaviour in this role, by the leader, will not maximise the individual and team performance. Humility, passion and belief are some of the ingredients that are the foundation of creating the “magic”.

When reflecting on the overview presented above, there is the making of success in the combination of all of this detail. This detail offers insight into good practice. The building blocks detailed, in isolation or combination, do not necessarily deliver the maximum and winning result; there are many examples that offer great evidence of this. There must be something extra. I have kept exploring and this is my conclusion:

A winning team guided by a great leader, their selflessness, and absolute belief in the ability of the team creates so much forward energy. The leader creates this belief for each of the individuals making up the team. It is this intangibility that can be described as “magic”.

This “magic” is the dynamic collaboration to achieve a common goal, supported by skill, respect, passion and old-fashioned best practice. And once achieved then it is time to celebrate as a team. 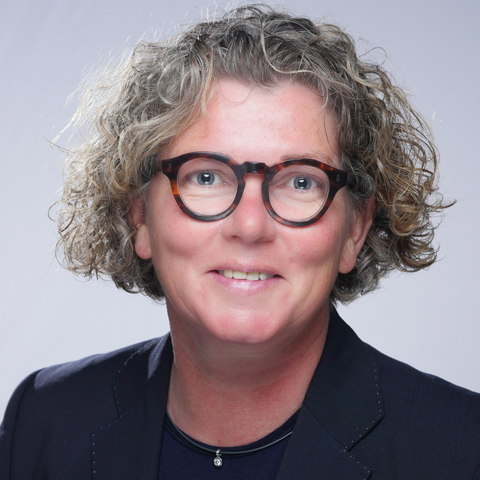 Annemieke Hartman – Jemmett is a highly experienced and successful business leader focused on delivering measurable Return on Investment (ROI) in areas such as performance improvement, restructuring and turnaround, coaching and “upskilling” of teams, business development and diversification as well as full transformation. Presenting extensive cultural awareness having worked across diverse markets including Europe, USA, India, Russia and Australasia.